MY NAME IS AEROMAX, I AM A WINNER 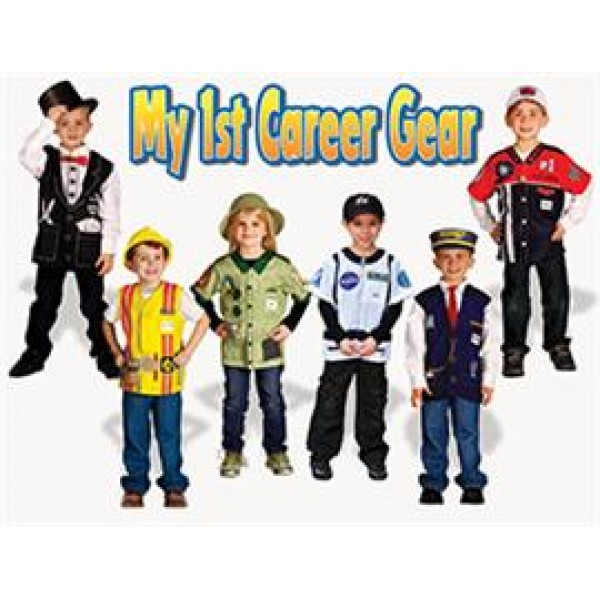 Lake Barrington, IL (September 3, 2013) – If you have ever seen a child sporting one of the adorable dress-up shirts made by Aeromax, then you’ll immediately recognize the world’s future professionals. Children can easily put them on by themselves with easy on and off hook and loop closures in the front. There is even a clear pocket on the chest that’s perfectly designed for putting their name, to make it their own. This unique assortment of career oriented shirts have been awarded the prestigious “Product of the Year” award by the Creative Child Award Program as well as given the “Seal of Approval” by The National Parenting Center. Adding to its collection of awards, Aeromax can sport its own name tag that reads “My Name is Aeromax, I Am A Winner!”

Here’s why the National Parenting Center’s judges awarded the Seal of Approval to Aeromax.

“Dress up is one of the staples of childhood imagination play. Everyone can remember trying on Dad’s hat or Mom’s high heels. Aeromax taps into that same sense of fun and wonder with a six piece assortment of career shirts. Opening this set up and letting kids jump in with whatever outfit struck their fancy is a blast to watch. Seeing kids transform their persona from construction worker to magician, conductor to zoo keeper, race car pit crew or NASA astronaut was as much fun for parents watching or capturing on the scene on video as it was for the kids…”

The award was granted in the Dress-Up and Pretend Play category. Winning top honors from Creative Child is especially newsworthy since the judges are the very folks who purchase these products! According to the Creative Child website, the magazine’s awards program is unique in that all products submitted are reviewed by moms, music educators and early education professionals. Each year the magazine hosts a 2-day event where over a hundred guest reviewers are invited to review products at one station and then move to another station throughout the day. This allows for each product to be given multiple reviews.